Electricity is one of the most popular sources of energy for cars after fossil-based fuels. There are a lot of electric cars in the U.S., and the number seems to be growing every year. In an electric car, the car draws power from a rechargeable battery. The power drives an electric motor that rotates the wheel. Some electric vehicles run purely on electricity, while others combine electric and fuel motors.

The batteries in electric motors need time to recharge. This means pure electric vehicles have limited ranges. However, many people love electric vehicles because the vehicles don't have exhaust gases that can harm the environment the way cars with internal combustion engines do.

Ethanol is a form of alcohol, which is produced from plant materials. Most cars in the U.S. run on a mixture of ethanol and gasoline, but the ethanol forms only a small percentage of the mixture.

Ethanol is great because it is easy to produce, the raw materials are abundant and renewable, and its carbon monoxide emissions are relatively low. Unfortunately, the process of producing ethanol is relatively expensive, which leads to high ethanol prices. Many people also argue that using plants to produce ethanol leads to food scarcity and hunger.  Lastly, ethanol cars don't work well in cold climates since it can deteriorate and damage the engine.

Liquefied petroleum gas (also known as propane or autogas) is one of the alternative fuels used in the country. There are hundreds of thousands of cars in the country using this fuel. You can get a stock vehicle running propane, or you can convert a gasoline car to run on propane. Some cars run on both propane and gasoline fuels.

Using propane to run your car has several advantages. For example, propane is relatively low on carbon, which leads to clean engines and few engine problems. Propane also burns well in cold climates, eliminating the risks of cold starts. However, propane might not give you as good gas mileage as gasoline.

The above are some of the major alternative energies for cars; there are other minor ones. Ideally, you need a car that is not only good for the environment but also one that has an energy source that is easily available.

To learn more, contact a dealer such as a Chevy truck dealer. 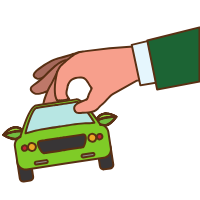 Buying a car can be a challenge for some people because there are so many makes and models of vehicles to choose from. When you need to purchase a new or used vehicle, an auto dealer can help you choose the best car, truck or SUV suited to your needs. We aren't auto dealers nor do we work in the automotive industry. We just know the challenges of buying a vehicle and we want to help you with this process. We've interviewed knowledgeable auto owners, dealers and mechanics to bring you the most helpful information available. We hope that after searching this blog, you'll have all your questions answered and you'll learn how an auto dealer can help you buy an amazing car.

Things To Keep In Mind When Renting An RV For The First Time
28 June 2022
More and more families are taking to the road in RVs of all sizes. If your family is considering investing in an RV, consider taking a rental RV out f …

Three Perks Of Owning A Houseboat
14 April 2022
If you are ready to become a boat owner, you'll likely enjoy the process of evaluating your options at a local boat dealer. With all sorts of differen …

Buying A Car? Top Reasons To Purchase A New Model
14 February 2022
If your current vehicle has started to wear down and you are looking at some serious mechanical issues, you are likely scanning the horizon for someth …